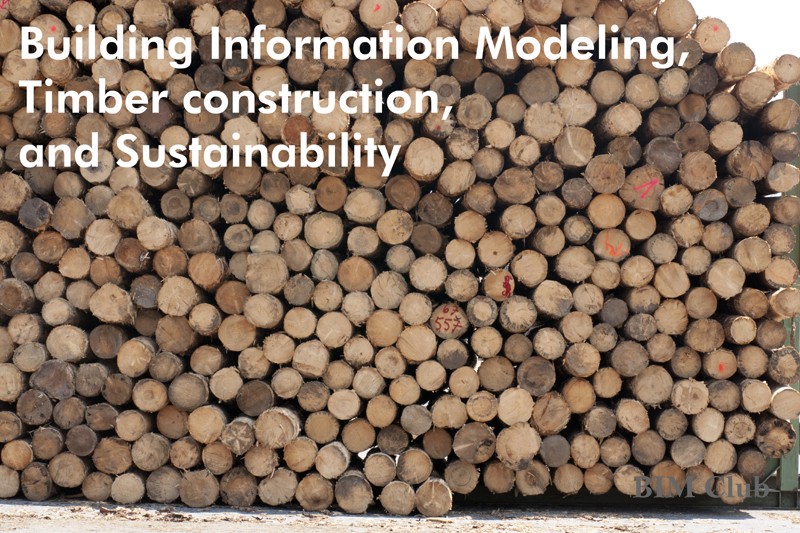 The coming of BIM (Building Information Modelling) was expected like a mystical event. It’s since 1999 that BIM is discussed in the US. As revealed in a number of studies and research performed by many universities, even Italian ones, in Italy, as well as in Europe, designers, builders, manufacturers and customers are patiently waiting for this revolution to happen and to change their lives by finally introducing a multidisciplinary and integrated design approach as a shared practice.

BIM’s history meets sustainability’s [both in processes and in products] Boom. An approach that initially appeared vaguely eco-friendly and almost elitist, it has become a fundamental practice in the building industry as an answer to the growing interest in resources and energy preservation, and to a real economic need.

Together with building performances’ requisites, also designers’ need to handle complex processes and to gain new and specific skills has grown exponentially. These are not only cultural changes: practices need to take into consideration the stricter legal requirements regarding buildings’ performances which have given designers more and new responsibility.

Baum means ‘tree’ in German, therefore it means wood and this word contains another word, ‘bau’, building. Wood constructions contain themselves the two main themes: BIM and sustainability. Designing a timber building requires the designer to approach the whole production line and the building processes and for these cases BIM it’s not an option, but a real need.

It’s no coincidence that we are recalling German words: it’s in German speaking countries (Germany, Austria, Switzerland and the northern Italian regions, Alto Adige and Trentino) that the European timber constructions’ tradition has evolved from a technological and applications point of view, in opposition to the American platform frame tradition.

Today’s wood building aporia, short production and distribution system versus forest management, can be solved with a balanced and considered sustainability approach, or such an approach can at least offer a set of credible development outlooks.

Wood sustainable buildings’ design using BIM adds a further character to theGreenBIM issue, as presented by few authors. We want to fill the void and create new ones at the same time: the aim is to discover new needs, to elicit new research questions, to encourage new applications by making it immediately clear that the target are designers: such a clarification is needed wheras much of the existing literature addresses builders and managers (just to remind how broad are BIM’s implications in the building industry)[i].

The architect should always act as a coordinator who manages all the specific skills and leads the whole design process. The key question therefore is: what do the professionals working in the team need in order to be able to contribute to the workflow? What data and which kind of data, how much detail should be produced in course of construction? Which tests should be done? What processes should be considered?

It’s not that BIM software are not popular, but hence-here comes the problem. 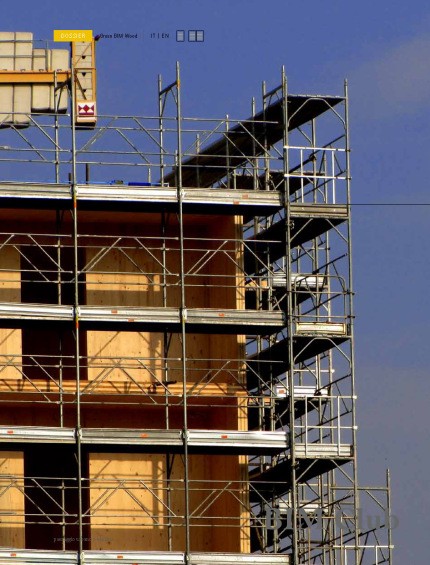 Brad Hardin, among the others, provides a meaningful definition of BIM:

“BIM is not just software. BIM is a process and software. Many believe that once they have purchased a license for a particular piece of BIM software, they can sit someone in front of the computer and they are now “doing BIM. What many don’t realize, though, is that Building Information Modeling means not only using three-dimensional modeling software but also implementing a new way of thinking. It is in essence a new way of not doing the same old thing”[ii]

Comparing software it is easy, but changing processes it’s much harder. As things stand now, we are not wrong if we say that practice is still stuck with BIM’s first definition’s misunderstanding, as stated in 1999 by Charles M. Eastman that wrote about “ a digital representation of the building process”[iii].

The process has gone lost along the way and that isolated building sounds much more like ‘edifice’: hence the reductive idea that BIM only means ‘a digital representation of an edifice’.

It’s no accident that wheras BIM software are thought at Universities, they are generally confined to the representation field and for the same reasons, professionals mortify expansive software’s potentials reducing them to a mere project presentation tool. Elsewher, BIM is faced as a method and an approach, however there is a lack of practical and operative indications that could help designers to overcame the pure system’s speculations’ cul-de-sac.

The intersection between BIM and sustainability has been well tackled by Krygiel and Bradley, whose book has a significative title: “Green BIM: Successful Sustainable Design with Building Information Modeling”[iv].

The book’s core topic is integrated design and the design team, which is meant as an extended one that includes designers, the owner, builders and the whole community.

CLT (Cross Laminated Timber or XLAM) houses’ design it’s a perfect example of sustainability and BIM processes. Interoperability, roles, functions and the process are revolutionised compared to the traditional building systems. It’s like the XLAM design introduces a further step (building components’ pre-fabrication) that requires, in terms of interoperability, CAD-CAM transfer to cut the components with the numeric control machines. Design and components’ production optimisation are well known sustainability values, especially when it comes to material waste.

Joseph Kolb [v] makes a significant comparison between a timber framed house building process and a traditional one. His outline, beyond comparing the 38 weeks required – from scratch to the end – for a wood construction with the 48 weeks required by traditional buildings (we consider this assessment extremely optimistic, our experience would suggest to double the time at least), there’s another relevant fact. The assignment of builders in the traditional buildings processes is a single moment, while in timber construction it’s a period, a span of time. The collaboration between the designers’ team (traditionally meant as including the project architect, the structural engineer and other professionals) and the builder is expanded and dilated: more time is spent on the design (20 weeks versus 18) and building site’s phases are clearly marked (4+6+2), including the components’ production’s time.

In the case of timber houses designed using BIM, we think it’s possible, desirable and perhaps due, to innovate design processes further. The sequence:

should be overcame by an approach wher the working plan starts together with the preliminary design, wher interoperability can be managed not as a problem to be solved, but as an opportunity to be exploited to increase both building’s and the whole process’ performances, extending the collaboration between the team and the builder, preceding builder’s choices and opening the designers’ team to all those actors who generally are considered external to the conception.

Building sustainability also brings in the products’ embodied energy issue, that hidden energy used to produce materials and components. There’s a embodied energy even in the design process, which is that energy and that time spent to modify and to rethink, late trade-offs, which take time away from design’s quality and that often waste initial important strategic choices (like the decision to build using wood) and diminish a sustainability-oriented design’s potential.

History has taught us that revolutions happen in a limited time, thanks to a closed group of people. Evolution unravels through a much longer path, it involves everyone and it becomes clear by observing most groups and their dynamics and not focusing on single individuals. Therefore, to become a cultural phenomenon and yield its benefits, the designing process’ evolution requires patience, the admission and recognition of all mistakes, within the number of attempts and proposals, warding off the risk that technology is the wield weapon of a threatening IT dictatorship. If we don’t control such an evolution, we would risk to distort design’s essence.

Designing with a BIM approach implies a holistic view if the whole building process, including production standards and, in the case of timber structures, all the phases preceding the industrial transformation. To win the challenge launched by the UK Government aiming at introducing BIM processes in all public works within 2016, practices, firm, and companies have to desist from their watertight-container-like approach. The process from conception to completion is the same and it involve all the players. Probably a new approach will require a deep revision of the work stages and will open a different discussion about the professional responsibility boundaries.

The Empire State building was built in 21 months. The book edited by Carol Willis (Building the Empire State, edited by Carol Willis, The Skyscreaper Museum, 1998) identifies two factors which enhanced the building plan’s execution: “a team-design approach that involved the collaboration of the architects, owners, builders, and engineers in planning and problem solving; and the organisational genius of the general contractors”. This was New York in 1930.

Eighty years after, it is to be hoped that the designing and execution approaches gets renewed everywher in Europe.